Day 1  – Arrived at 5:30 A.M. at Seoul. The other Philippine delegates, Evan, Gloria, Elvin, Alan and Jong, arrived with me in our way to Korea and we were met by Mr. Jake Kim and Vivian of the Small & medium Business Training Institute (SBTI) met us at the airport. It was a pleasure to finally meet the people whose names we have read constantly in emails and formal correspondences. 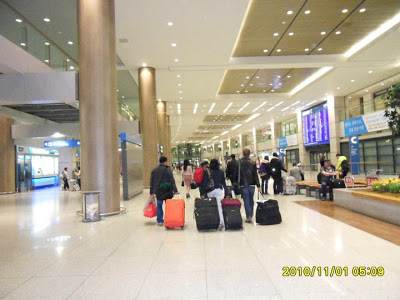 lugging all our bags at the Incheon International Airport – South Korea

I have to say, Seoul’s International Airport is by far one of the best airports that I’ve seen in all my travels. Really huge, organized and everything’s working!! The people are very warm as well, unlike the weather that greeted me when I went out the airport. It was freaking cold! The first gust of wind the hit me made me decide to start wearing my thicker jacket right that instant. 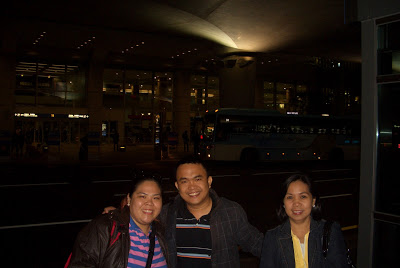 With Jong and Glo 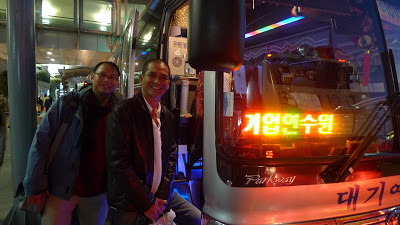 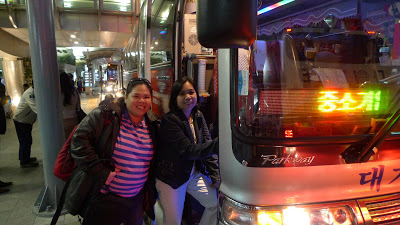 SBTI had a bus waiting for us and the other delegates joining the training and after an hour’s trip; we arrived at Ansan City and were taken to the SBTI campus. I was very impressed with their campus that had several buildings for their administration, training and dormitories. In our invitation letter, we were told that we had very simple facilities for our dormitories – they were just being humble  they have really good dormitory facilities, much like a good hotel. 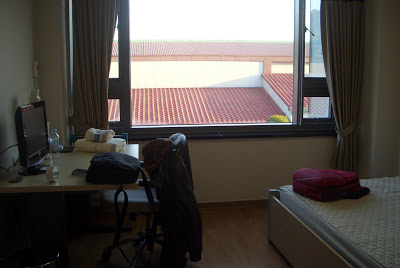 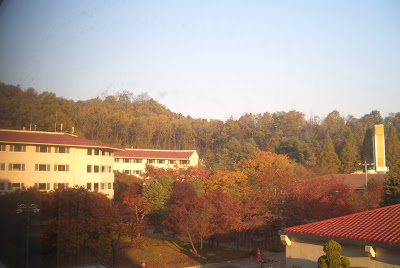 View outside my window

What I love most about the campus is that it’s very “green.”  Much emphasis is given to maintaining their gardens and trees (which by the way look so gorgeous at this time of the year – autumn) making it very conducive for learning and thinking. 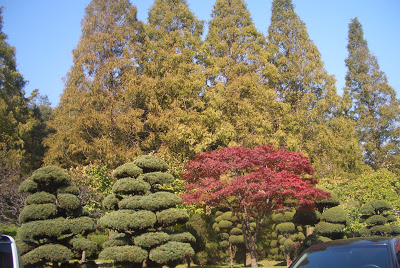 We were given a tour around the facilities and then we had our orientation with Jake and Vivien. We had the chance to meet SBTI’s Vice-president and Chief Operations Officer who is in charge of all the training programs for the institution. 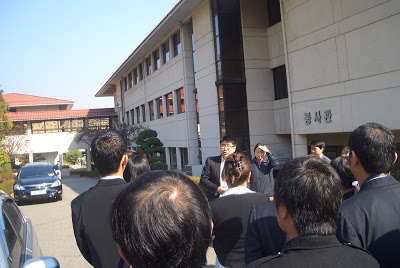 We then had our first lecture which was very close to my profession, which was about understanding the different IT solutions for businesses and ERPs. 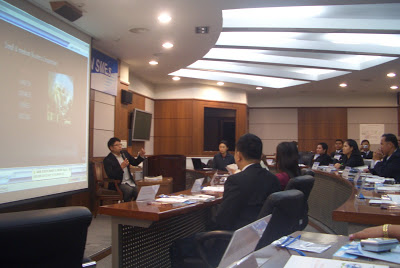 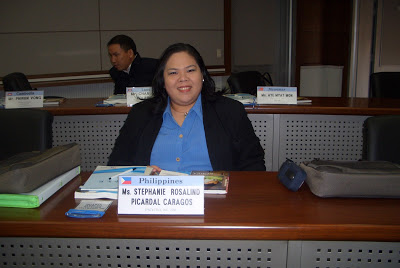 I thought there was a heavy metal music playing as almost everybody was head-banging – I realized, I too was doing the same. We were all too sleepy as most of us barely had sleep as we had to take very early flights. 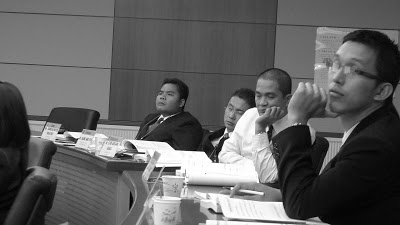 Proof that we were so tired from our flight #1 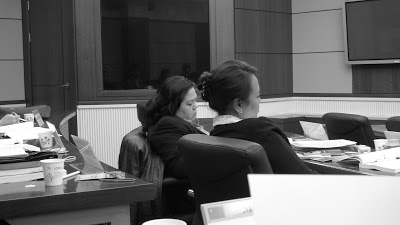 Mind you though, despite the fact that we were nearly dozing off because of 2 days of travel and no sleep, we were still very active in participating in the discussion after the lecture. Now that’s what you call skill! hehe

My first Korean meal was Lunch and being adventurous in learning more about other cultures (and taste), I tried everything and really enjoyed the food. 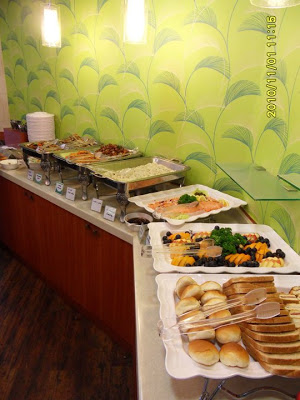 I had so much kimchi thinking I won’t have it again later that day. I then found out that It’s actually being served in most of their meals as in our welcome dinner, we had it again. I should have read more about their style of serving meals as the food was being served like appetizers and it kept on coming in in small servings. I really could not understand what I was eating (and even ate raw beef dipped in chilli sauce) but I still devoured all that was served in front of me.  Before I knew it, I was already full and was already toasting soju (Korean liquor) with my colleagues! 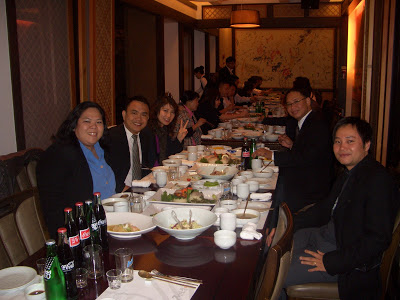 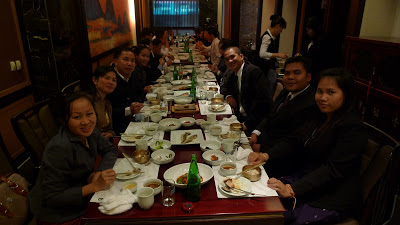 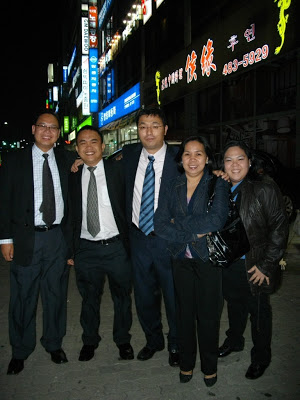 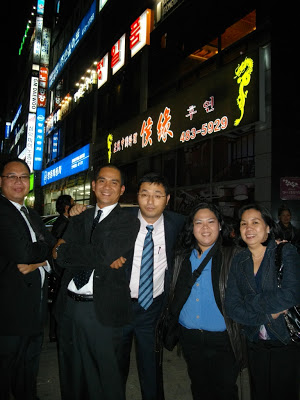 The day ended with much laughter and conversation (I think it was the soju ..hmmm) with our other colleagues. It’s been a long day and I truly enjoyed the first day here in Korea. So looking forward to the next day!

Moving to a New and Bigger Office